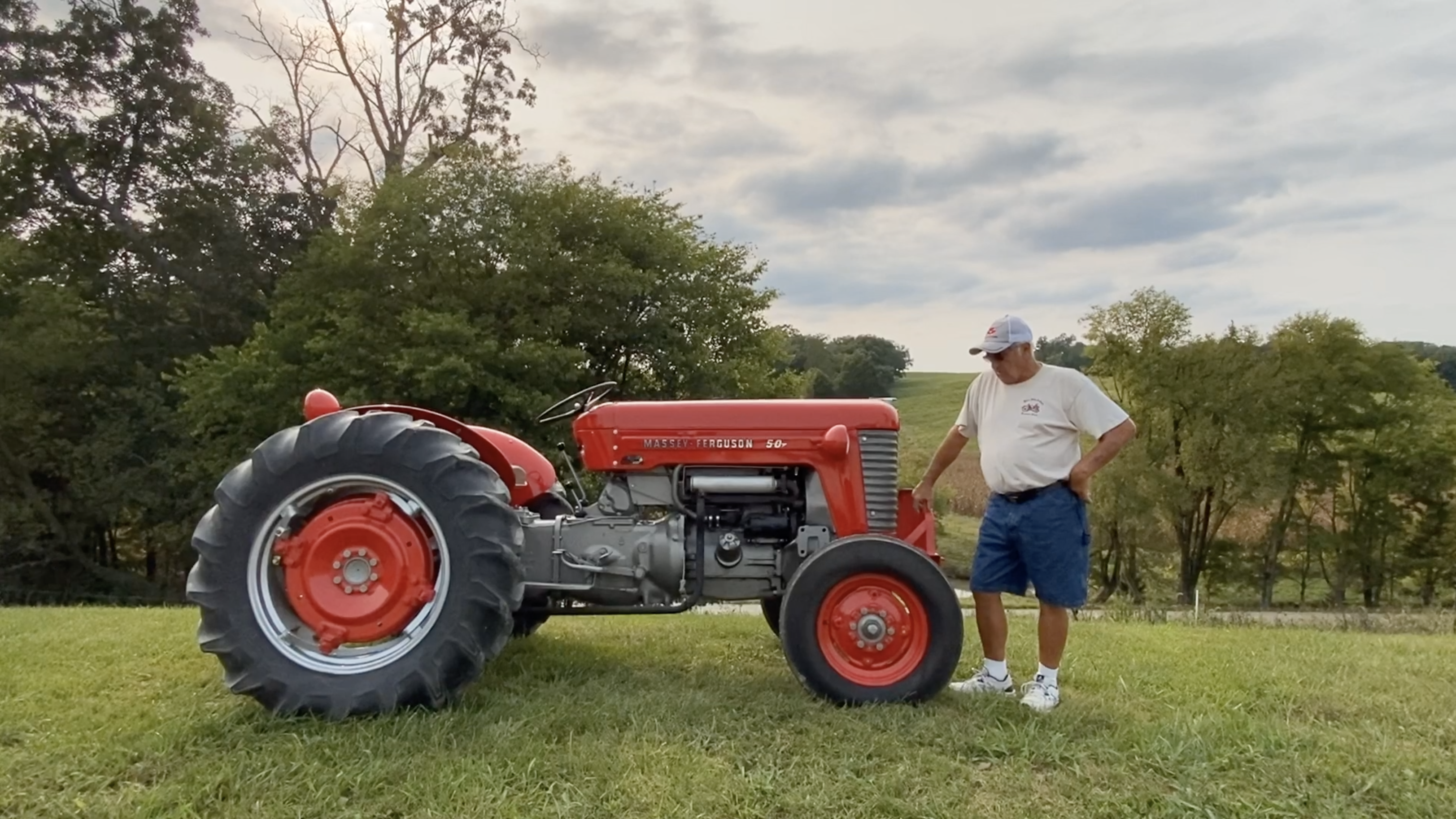 Make of Tractor: Massey Ferguson
Make Year: 1958
Drawbar/HP Pully Horsepower: N/A
Motor: N/A
Serial Number: N/A
Description: When Alan was 12 years old, his father purchased a new 1958 Massey Ferguson 50. His family didn’t have any extra funds laying around, so he couldn’t believe his eyes when his tractor dealer’s truck pulled up to the farm loaded with a load full of machinery. It was an old “snub nose Chevy,” about a ’49-’50 model, the truck was fascinating enough, much less all of the machinery on it. There on the back sat a Massey Ferguson 50, a seven foot mounted disk, a two bottom plow and a seven foot blade. Alan has many memories of hours spent on this tractor. He purchased his first tractor in 1966. It was a MF 165 diesel. In the mid-seventies, he sold the Ferguson 50 because it was too small. It was gone for over 35 years when he began to wonder where the old 50 had ended up. He talked to his Ferguson-Ford dealer, Davis Farm Supplies about the 50. He had sold it to a man who worked for Davis Farm Supplies. “Tractor Fever” was in its infancy at the time, but he also knew that Jerry, the owner of Davis Farm Supplies, had “the fever.” So, Jerry said that he would do some checking. Long story short, he said he found something. He asked if Alan had a way of identifying it. Alan said yes, he had memorized the serial number and he had also found the original bill of sale at home. Besides the serial number, there were also two bolt holes on the right hood panel where his dad had changed it to a vertical exhaust from horizontal. So, it was determined that this was the one. Alan purchased it and had it restored. In the 4th generation on the original farm, with the 5th and 6th living and farming here also, “the 50” is with Alan to stay.