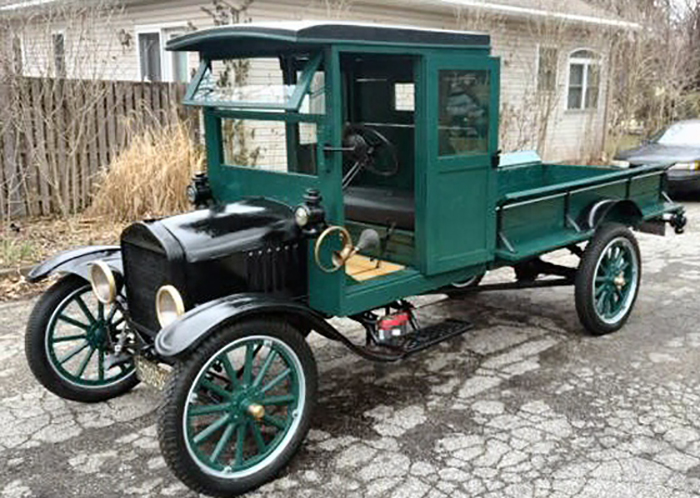 Make of Tractor: Ford Model TT
Make Year: 1925
Drawbar/HP Pully Horsepower:
Motor: Four-Cylinder Gas Engine, 20 HP
Serial Number:
Description: The Ford Model TT truck is based off the Ford Model T, which began production in 1908. It features the same engine as the Model T, which is a four-cylinder gas engine with 20 horsepower. The truck has a top speed of 45 miles per hour. Production of the Model TT began in 1917, when only three models were produced. The original price was $600, and as more models were produced, it eventually dropped to $325. This truck was built by Ford Motor Company in Dearborn, Michigan. The previous owner is Glennon Wibbenmeyer from Perryville, Missouri.