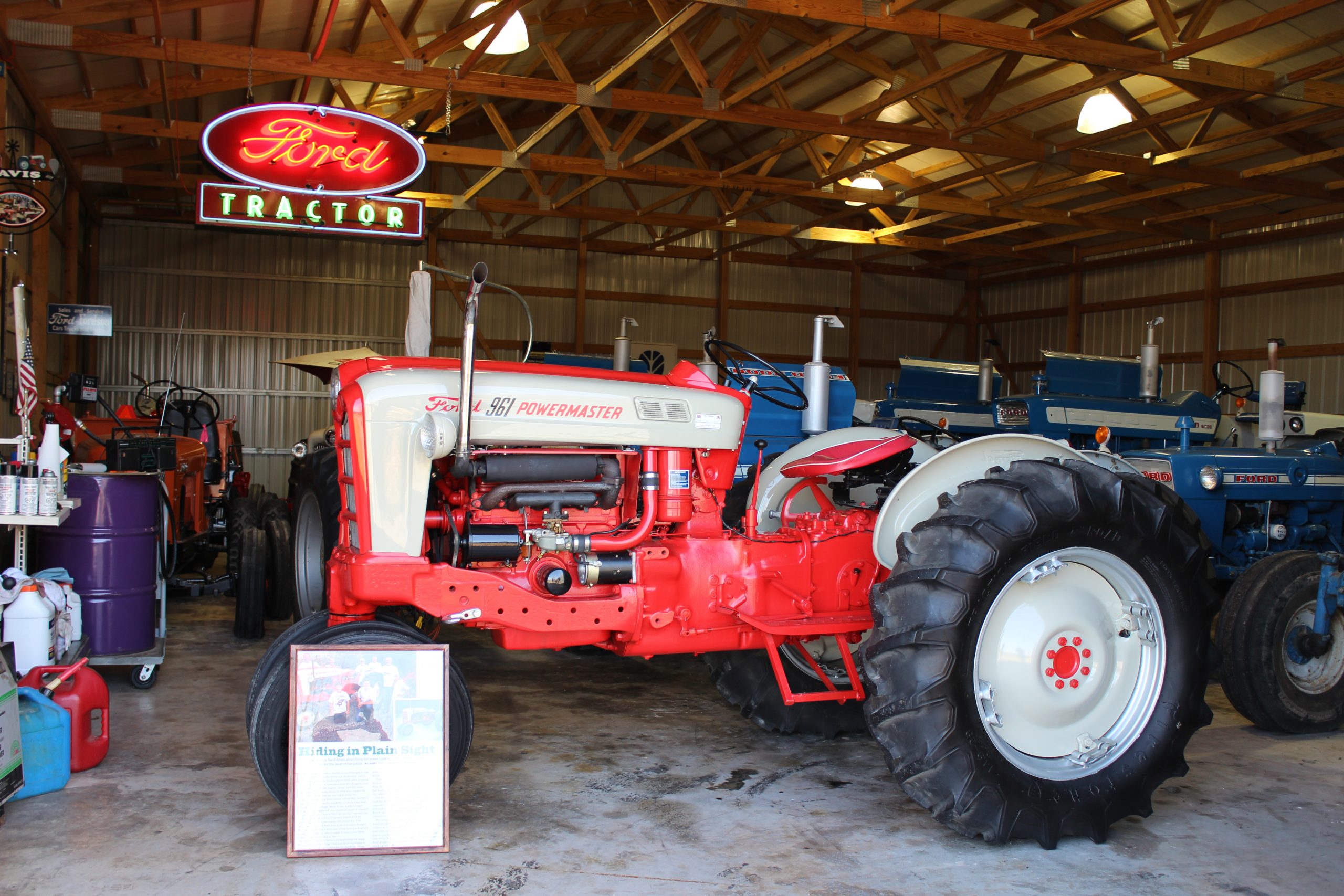 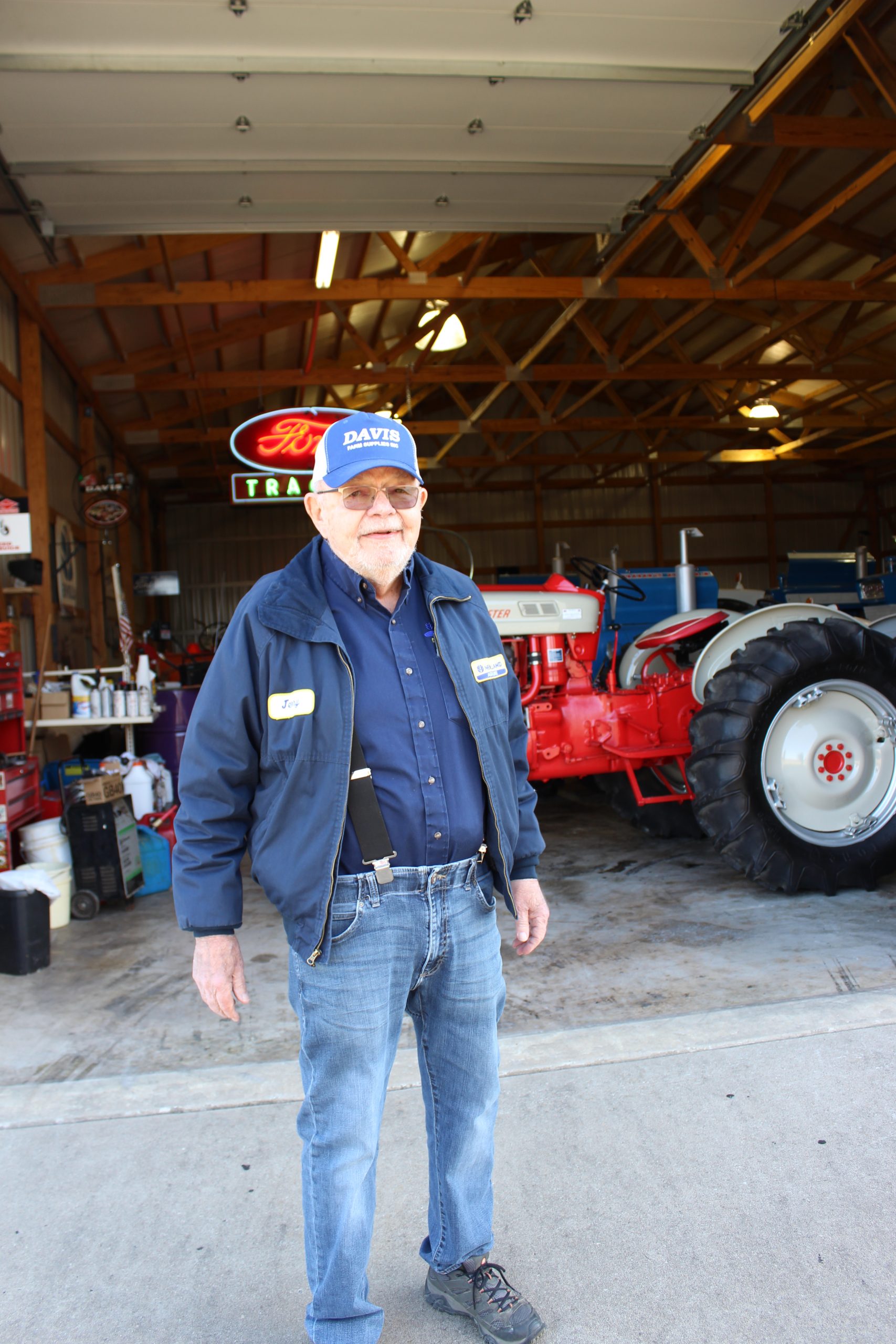 Make of Tractor: Ford
Make Year: 1959
Drawbar/HP Pully Horsepower: N/A
Motor: N/A
Serial Number: 26371
Description: In 1959, Jerry Davis' grandfather Ira Heinbockel bought a new Ford 961 Powermaster from their dealership, Davis Farm Supplies, Inc. In November 1960, after plowing all day with the tractor, Ira died. His daughter and her husband bought the tractor, along with the other equipment he had on the farm. In 1966, they traded the 961 for a Ford 5000, and the family lost track of it. When Jerry acquired his first tractor, a Ford 860 in 1989, he caught the antique tractor-collector virus. As he added more vintage Fords to their stable, he began looking for his grandpa's 961. For nearly 20 years, he checked the serial number of every 961 that he came across -- except one. In 2013, a local farmer named Dale Hoff asked if Jerry would be interested in buying the loader off a Ford 961. The tractor was included with a farm he recently bought. The loaded was a Ford with one of the first quick-attach mechanisms offered, which made it very collectible. Dale brought the 961 to the dealership for some minor repairs, then Jerry drove the tractor home to remove the loader. He didn't bother checking the serial number because he thought that the tractor's previous owner always bought his new tractors from their dealership. That summer, Jerry wrote an article about the 11th Annual River Hills Antique Tractor Club Adventure Ride for the local newspaper and he mentioned how he had been searching for his grandpa's Ford 961 with the serial number 26371. About three weeks later, Dale called. He said he's read Jerry's article after returning from vacation. Out of curiosity, he checked the serial number on his 961, and sure enough, it was Jerry's grandpa's. Knowing how much the tractor meant to Davis, Dale sold it to him. In 2014, Jerry's family completely restored the 961 and it's now a special addition to the Davis Historical Club tractor collection.