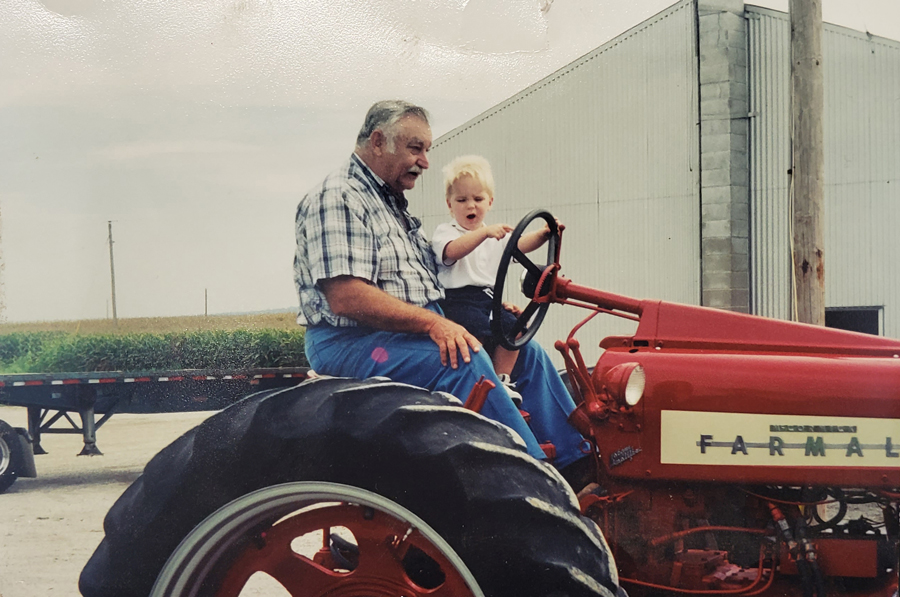 Make of Tractor:
Make Year:
Drawbar/HP Pully Horsepower:
Motor:
Serial Number:
Description: This story starts in 1913 when John Devenyns bought what is now Romann Farms. Henry Romann Sr. bought it next from his father-in-law. Later Henry Jr. and Yvonne inherited the farm. Henry Sr. was farming with mules until about the late 1930s when he bought his first F-20 Farmall on steel wheels. Then, in 1939 or 1940 the first Farmall H tractors were made and Henry Sr. bought one. He farmed his 100 acres and sold the mules. Then, in 1953, the Super H was made and he traded for one about the same time as Herman Manche, his neighbor, and Yvonne (Manche) Romann, his daughter. He also bought a 1953 Super H to use on his farm. The serial numbers are very close. Romann Farms have retained ownership ever since. Craig Romann is presently in charge of the farm along with his two sons, Shawn and Nick, and Matt Helmers. The boys are grandsons of Sonny & Yvonne Romann.